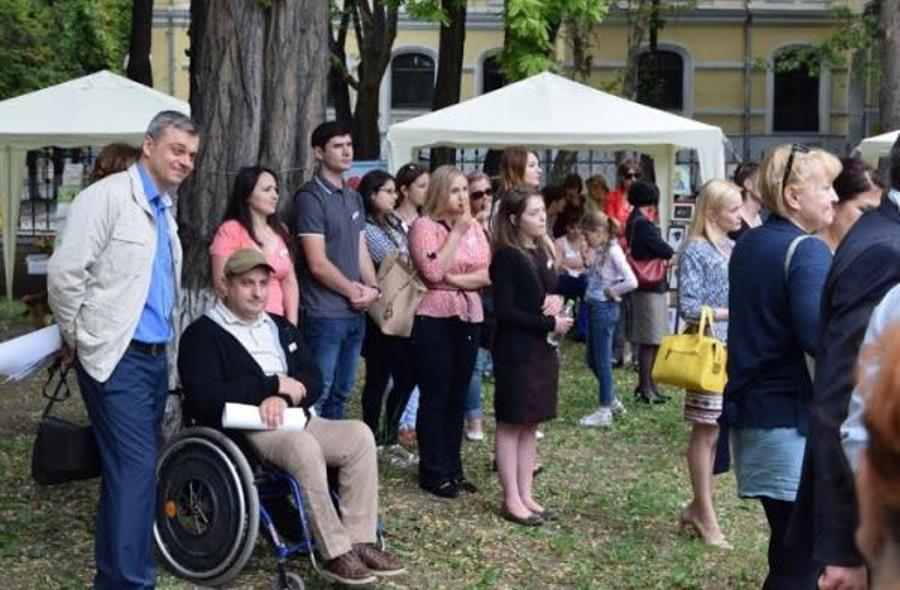 Informal dialogue: "I am important! My rights matters! "

Informal dialogue between groups of persons with psychosocial and intellectual disabilities with various representatives of national and international institutions - "I am important! My rights matters! "- Was held in Chisinau. For the first time an event of this kind was held in Moldova.

Participants of representative groups of persons with psychosocial and intellectual disabilities from Balti, Soroca, Ungheni, Orhei, Cimislia, Cahul and Chisinau participated in this dialogue. They communicated for three hours with officials of UN agencies, diplomatic missions, representatives of government and civil society.

The topics of discussion were related to the protection and promotion of rights of persons with intellectual and psychosocial disabilities in Republic of Moldova and possible solutions to straighten the situation.

The event was organized by the Office of the UN High Commissioner for Human Rights, the World Health Organization, in partnership with SOMATO.

Representative of the group from Cimişlia, Ruslan Carlan, said during the event that, although Moldova ratified the UN Convention on the Rights of Persons with Disabilities, this social group remain outside the decision-making processes.

"We have no right to make decisions regarding our lives, we are perceived as people without the capacity to understand and act rationally. Negative stereotypes are further promoted both by the press and by some officials in the country", said Ruslan Carlan.

UN Resident Coordinator in Moldova, Dafina Gercheva said that, in Moldova, the people with psychosocial and intellectual disabilities continues to be deeply discriminated in daily life because of deep-rooted social stigma.

"Today's event comes to emphasize that people with psycho-social and intellectual disabilities need to be treated fairly, with respect and dignity, to enjoy privacy and to have the right to decide about their lives", said Dafina Gercheva.

Informal dialogue "I am important! My rights matters! "Was organized by the Office of the UN High Commissioner for Human Rights and the World Health Organization in the project "Paradigm Shift: strategic actions of UNCT Moldova in supporting the implementation of the Convention on the Rights of Persons with Disabilities (UNPRPD)" in partnership with SOMATO Association in the frame of the project "Empowering groups of people with psychosocial and intellectual disabilities with the purpose to participate effectively in decision making and efficient inclusion in society", financed by the Embassy of Finland in Bucharest.