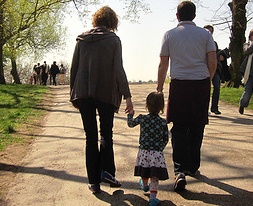 On May 1 Association SOMATO began implementation of the new project which suggests support for families with children with mental disabilities from Balti municipality. Project is entitled “Learning to hope together”. It will be implemented in the course of ten months, until February 28, 2013. During the project there will be organized a number of trainings for parents with children with disabilities; there will also be made a documentary about the experience of these parents. The project also suggests creation of a forum on the web-site of Association SOMATO (www.somato.md), through which parents will have the opportunity to communicate with the specialists on various problems. “During the project we will promote creative methods in communication and harmonization of relationships between parents and children with disabilities, including art-therapy sessions.

We will organize a summer school for 4 days with participation of 75 parents and children, but in the end of the project we will publish “Parents Journal. My Child’s Successes”, in which we will describe progresses of children involved in the project”, said Cornelia Iacubovschi, project coordinator.

During the project Association SOMATO will publish six booklets on such subjects as: attention deficit/hyperactivity syndrome, autism, Down Syndrome, mental retardation, infantile cerebral palsy and schizophrenia.

Project target-group are parents with children with disabilities and/or mixt disabilities.

Project “Learning to hope together” is funded by Embassy of Finland, based in Bucuresti (Romania).

Previous media →
What pupils and teachers from R.M. know about mental health